Founded in 1994 as the Portland Schools Foundation, All Hands Raised partners with seven school districts, two community colleges and more than 100 organizations working from early learning through college and career training with a single goal: improving education outcomes, and economic and social mobility. Racial equity is the overarching priority and a set of Community-wide Indicators guides the All Hands Raised Partnership.

The goals and activities of the All Hands Raised Partnership are focused around four main areas of services: 1) data collection/preparation/sharing 2) school-based grassroots facilitation and implementation 3) community-wide communication and 4) leadership alignment.

Through constant attention and coordination, All Hands Raised keeps partner communities focused and working together for systemic change. A key component of their success provides the adults closest to our youth the tools and time to analyze the problems and create solutions, thereby advancing the long-term outcome of systems change. 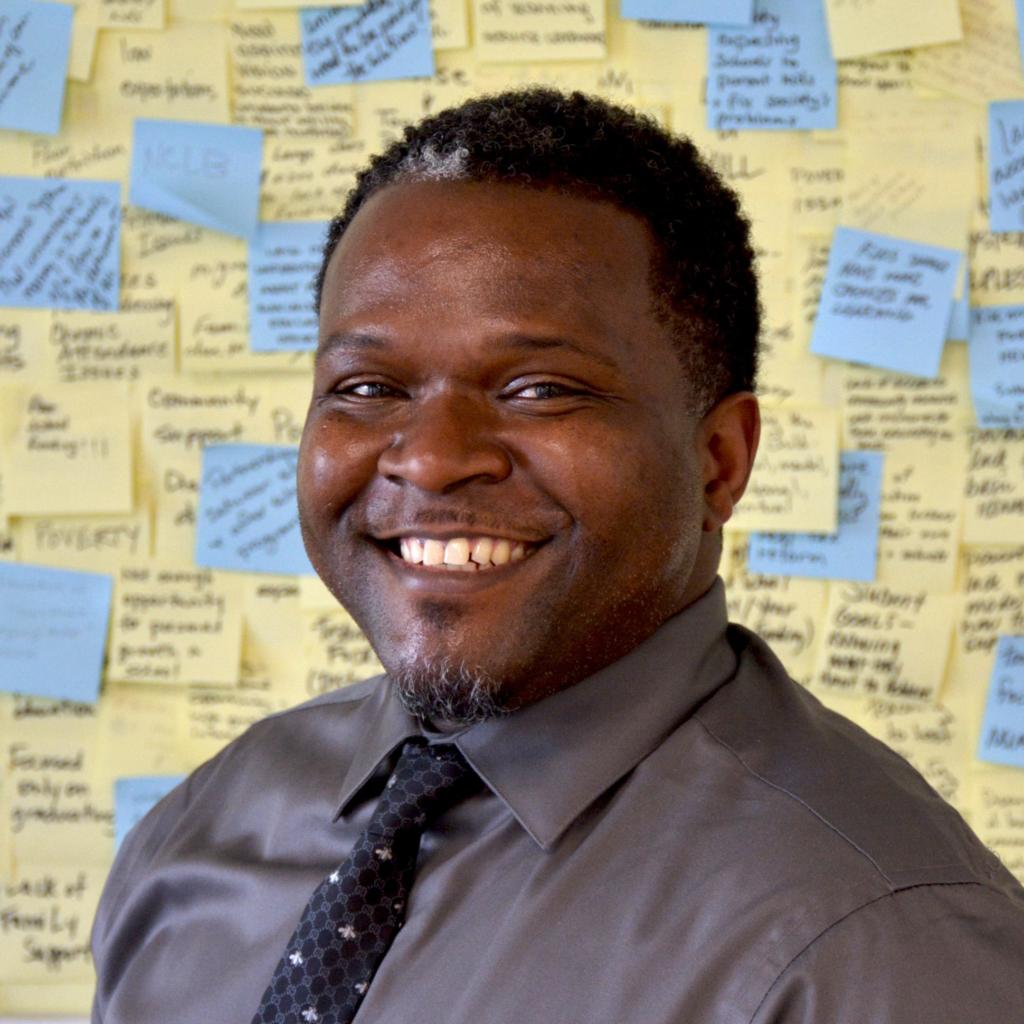 Lavert Robertson has served as the chief executive officer of All Hands Raised since July of 2019. Most recently he was the principal of George Middle School. Prior to George, he served in leadership roles at Cesar Chavez K-8 School, Franklin High School, Jefferson High School and Centennial High School. Lavert also was a first-grade teacher in Portland Public Schools.

An alumnus of Portland’s Jefferson High School, Lavert is a first-generation college graduate, receiving his Bachelor of Science in psychology, with a minor in substance abuse prevention from the University of Oregon, and a Master of Education in curriculum & instruction from Portland State University. He is a member of the National Association of Black School Educators.

Terri Theisen joined All Hands Raised in 2008, serving as the vice president of development during a period of rebuilding, growth and the emergence of the cradle to career work. She departed in 2012 to spend more time with her family and to provide consulting to local non-profits in need of development strategy and grant writing support. She rejoined All Hands Raised in January of 2017 as the vice president, strategic planning. Prior to All Hands Raised she was the director of corporate and foundation relations at Concordia University during a period of significant capital expansion From 1995 to 2004, she served a number of roles in Portland State University’s central development office, including director of special campaigns during PSU’s first capital campaign.

She is an active community leader, volunteering for Freedom to Move, Camp Lutherwood Oregon, Lincoln High School and the Portland Chapter of the National Charity League. She was a three sport athlete at Macalester College (MN) where she earned her Bachelor of Arts in history; she also holds a Master of Arts in history from Portland State University.

Members must be logged in to register. Log in here, or by clicking “For Members” in the navigation bar above. If you have not set up a username and password, you can do so at gosw.org/membership-registration.

Our programs are open to anyone who meets our membership criteria. If you are not currently a member but you qualify and would like to attend, please contact us at info@gosw.org for registration assistance.