Did you know that inequitable property tax laws are attributed for the lack of generational wealth in communities of color?

Please join us as our panel discusses how philanthropy can help in counteracting Measures 5 (1991) and Measure 50 (1997)—which originally had the intent to clarify and restrict property taxation growth, but have proven to create a significant impact on schools, resource-deficient home owners and rural communities.

Since the inception of these laws, there is now momentum growing within the state and community to reform the property tax structure in Oregon. The goal is to help create a more equitable space for property-owners throughout the state and offer greater opportunity to improve services in resource-deficient communities in Oregon. 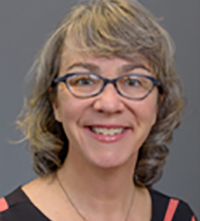 Barbara’s extensive volunteer work in her two children’s local public school is what inspired her to seek office. She is passionate about the issues that affect the families of House District 45 and all of Oregon – access to quality education, health care for all, good living-wage jobs, a diverse and efficient transportation system, and safe communities. In today’s world, Barbara knows that Oregon can, and must, be a leader in the fight towards a more just world for all our communities. 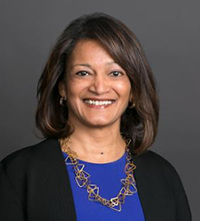 Susheela Jayapal has proudly served as your District 2 Multnomah County Commissioner since January 2019. She was born in India and came to the United States when she was 16, to go to college. An Oregonian since 1994, Susheela has lived in Northeast Portland for over 25 years and is the mother of two Grant High School graduates.

Susheela is a lawyer, whose last legal job was as General Counsel for adidas America. As General Counsel, she was responsible for all legal and human resources functions and spearheaded work to improve conditions at the brand’s partner factories worldwide. She also spent two decades as a volunteer community leader/advocate for a number of different community-based organizations including Planned Parenthood of the Columbia-Willamette, Oregon Community Foundation, All Hands Raised, Literary Arts, CASA, and Metropolitan Family Service.

Chris Allanach has been the Legislative Revenue Officer for the State of Oregon since 2018 and has been with the office since 2006. In his current role, he advises the legislature on state finance, revenue forecasting, 2% Kicker and tax reform. Prior to working directly with the legislature, he was a Senior Economist for the Oregon Department of Revenue. Christopher received a B.A. in Economics from the University of Maryland and a M.S. in Applied Economics from the University of Minnesota.

This program is open to members and nonmembers. If you are a nonmember you may register by contacting us at info@gosw.org.