My Experience as a Grantmaker 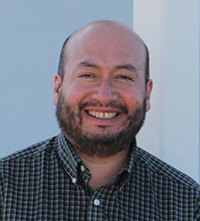 May 1, 2018 was special for me, as it was my first official day to be in a paid job as a grantmaker. That day I became the manager of Metro Parks + Nature’s Community Investments and Partnerships team, which implements two grants programs, and administers a capital assets funding program and a community partnerships program. All these programs are intended to fund activities and capital assets that advance racial equity by connecting people with nature, promoting community stewardship of land, providing nature education and outdoor experience opportunities.

Growing up in Ecuador in the 1970s and 80s, grantmaking was not a career option. There were a few philanthropic entities in the country, and they did not offer competitive grant programs. I learned in college about the big, international funders that offered competitive grants for research, but working for organizations like those seemed like a remote possibility. I came to Oregon in 1993 on a scholarship to finish college and get a master’s degree in anthropology at Oregon State. Upon graduation, I landed a job as a grant writer and fundraiser for a local non-profit that provided social services in east Multnomah County. Around the same time I met another young person of color who worked for MRG Foundation (now Seeding Justice) and he invited me to join their board of directors. As someone for whom one of his core values is social justice, I was honored to be asked and enthusiastically joined the foundation’s board and grantmaking committee.

The four years I served on MRG’s grantmaking committee were the best possible education for me about the role that funders can, and sometimes do, play in promoting justice and change. I especially appreciated MRG’s approach to delegate significant grantmaking authority to volunteer activists who were rooted in the communities and groups, and working on the issues that MRG wanted to support. That’s when my aspiration of working as a grantmaker started and grew.

My first career in the non-profit sector lasted almost 10 years. In 2005 I joined the public sector, where I have worked for four different local government agencies on subjects such as community visioning, parks and nature, economic development, urban planning and development, services for seniors, people with disabilities and veterans, transportation and racial equity. During my public sector career I had the opportunity to implement grant programs and learn about the differences between private and public funders. When I first applied for my current job in Metro Parks + Nature, the position did not encompass supervising the Community Investments and Partnerships team. However, by the time I transitioned into this job it included being this program’s manager, much to my delight.

Being the person responsible for these funding programs while these profound changes take place has also made me question my own assumptions, positionality and privilege. I now ask myself often how that privilege shows up in my work and how I can use it to further advance intersectional racial justice. I am keenly aware of how much more learning and growing I need to do in order to be a more effective force for change and justice in this role. And I am committed to do so to the best of my abilities.